At Home with William Skeen

Bach’s Third Orchestral Suite can teach us everything we need to know about early eighteenth century bowing and articulation.  Using this great work as a template, Baroque cellist William Skeen will guide us through his techniques for shaping bass lines using either your Baroque or Modern (Tourte-style) bow.

We expect there will be time for a few mini-coachings during the workshop. If you would like to play during the workshop, please contact us at info@amateurmusic.org. We also may just ask for volunteers on the spot, so if you can't decide in advance that's ok - just raise your hand!

Listen to William in performance

Learn more about William on our blog! 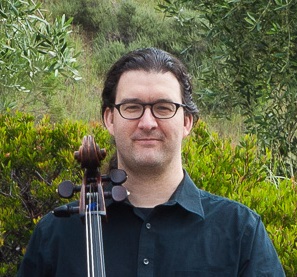 William currently tours and records with Smithsonian Chamber Players, Musica Pacifica, El Mundo, and Agave Baroque. He is represented on over 80 audio recordings and 30 video recordings.

Please email us at info@amateurmusic.org and we will get back to you as soon as possible.

Back to Main Workshops Page