Everyone who wants to learn more about being a collaborative musician will love this workshop.

No preparation is needed.

$30 for in-person (limited availability)
$20 for online

Register at Eventbrite using the registration button. You may attend in-person at Drew School, 2901 California Street in San Francisco or online via Zoom. Once registered, you’ll receive an email with more information and a link to your personal access page. 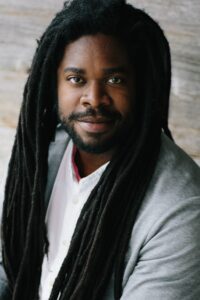 Bass-baritone Dashon Burton has established a vibrant career appearing regularly throughout the US and Europe in favorite pieces, including Bach’s St. John and St. Matthew Passions and the Mass in B Minor, Mendelssohn’s Elijah, Beethoven’s Symphony no. 9, Brahms’ Ein Deutsches Requiem, Handel’s Messiah, and Mozart’s Requiem.

He opened the 2021–22 season with the Handel & Haydn Society of Boston led by Marin Alsop for Beethoven’s Symphony no. 9 which he will repeat later this season with the Nashville Symphony and Giancarlo Guerrero. Throughout the season he makes several notable orchestral debuts, including with the Chicago Symphony in Handel’s Messiah led by Nicholas McGegan, with the Los Angeles Philharmonic with Michael Tilson Thomas for the maestro’s new song cycle Meditations on Rilke, with the Pittsburgh Symphony performing Dvořák’s Te Deum as led by Manfred Honeck, and Verdi’s Requiem with the Seattle Symphony and Thomas Dausgaard.

He continues his relationship with San Francisco Performances as an Artist-in-Residence with appearances at venues and educational institutions throughout the Bay Area and makes a debut with Celebrity Series of Boston in recital.

As an original member of the groundbreaking vocal ensemble Roomful of Teeth, he won his first Grammy Award for their inaugural recording of all new commissions, including Caroline Shaw’s Pulitzer Prize-winning Partita for 8 Voices.

His other recordings include Songs of Struggle & Redemption: We Shall Overcome (Acis), the Grammy-nominated recording of Paul Moravec’s Sanctuary Road (Naxos); Holocaust, 1944 by Lori Laitman (Acis); and Caroline Shaw’s The Listeners with the Philharmonia Baroque Orchestra. His album of spirituals garnered high praise and was singled out by the New York Times as “profoundly moving…a beautiful and lovable disc.”

Mr. Burton received a Bachelor of Music degree from Oberlin College and Conservatory, and a Master of Music degree from Yale University’s Institute of Sacred Music. Deeply passionate about education and bringing as much music as possible to the next generation, he is proud to be a member of the board of Chorus America, a service organization devoted to advocating for the power of collective song. He is also an active member of the Recording Academy.

Mr. Burton is an assistant professor of voice at Vanderbilt University’s Blair School of Music.

A big thank you to our vocal ensembles for this workshop!

Conspiracy of Venus
A Place Called Home by PJ Harvey

This workshop is a partnership with San Francisco Performances, where Mr. Burton is a resident artist.

Thank you to our workshop host, Drew School. 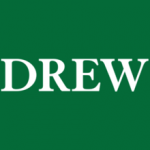