At Home With
Gwendolyn Mok
The Pianist as Collaborator

A view of the art of collaboration in piano chamber music.

The pianist as a consummate collaborator: in-demand chamber musician Gwendolyn Mok joins cellist and moderator Robert Howard in a discussion on how pianists can best collaborate, focusing on piano technique (pedaling, faking, textures, etc), as well as discussing the evolution of the piano and what to consider when playing Classical repertoire on a modern concert grand. They’ll play some excerpts from Beethoven and Rachmaninoff to spur the conversation, and will take your questions.

Sponsored by the Ross McKee Foundation. 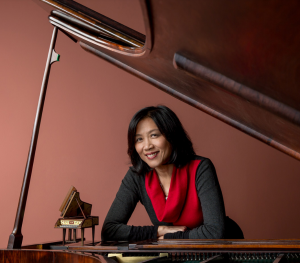 Born in New York City, Gwendolyn Mok has appeared in many of the world’s leading concert halls, including the Barbican, Carnegie Hall, the Kennedy Center, Avery Fisher Hall, Alice Tully Hall, Davies Symphony Hall, and the Hong Kong Performing Arts Center. She is frequently invited to play and record with major international orchestras, such as the London Symphony, the Philharmonia, the Hong Kong Philharmonic Orchestra, the Beijing Philharmonic Orchestra and the Residency Orchestra of the Hague.

Ms. Mok is a recording artist for Nonesuch/Elektra, Musical Heritage Society, Musician Showcase Recordings, Cala Records, and EMI. Her highly acclaimed debut CD with the Philharmonia of Ravel’s “Piano Concerto in G Major” on the Cala label was nominated for an Alternative Edison award. A second Cala recording of Saint-Saëns’s “Africa—Fantasy for Piano and Orchestra” with the London Philharmonic has been equally applauded. Three solo CDs, “Ravel Revealed” (Ravel’s piano works) and “Brahms: Late Piano Works,” and “Legacy, The Spirit of Beethoven” were recorded on historic pianos for the Musicians Showcase Recording label. All of these recordings have  received outstanding reviews and are broadcast frequently around the world. Recently two new CDs have been released: Poldowski Art Songs with soprano Angelique Zuluaga and pianist Gwendolyn Mok on the Delos label and EKTA Trilogy, featuring Mok as soloist on EKTA II, a concerto written for her by composer Brent Heisinger.

As a chamber musician, Ms. Mok appears regularly in the San Francisco Symphony Chamber Music Series, as well as in the San Jose Chamber Society and the Sacramento Chamber Society series. A popular soloist with the Symphony Silicon Valley, Ms. Mok co-produced and appeared in four sold-out performances of The Gershwin Radio Hour. In 2016 Ms. Mok was named President’s Scholar by San Jose State University, the highest honor given to an outstanding faculty member for their scholarship and research. She was also presented a Lifetime Achievement Award in 2019 by the California Association of Professional Music Teachers Association.

Ms. Mok began her studies at the Juilliard School of Music, completed her undergraduate work at Yale University, and earned her Masters and Doctorate at the State University of New York at Stony Brook. She is currently Coordinator of Keyboard Studies at San Jose State University and maintains a busy performing and recording schedule.

Learn more about Gwendolyn on our blog.

Get to know Gwen in these video performances 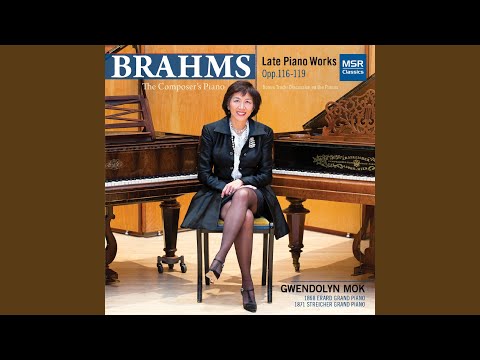 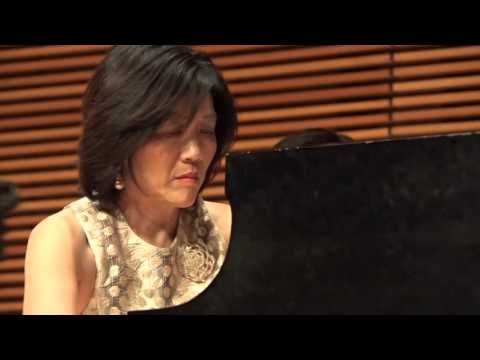