From the very first notes of the Prelude, we enter the world of Bach’s cello suites with wonder – it’s almost like walking out on a perfectly clear night and seeing the sky full of stars. Oh, to be a cellist with the mastery to play in that sonic universe!

Pianist Eleonor Bindman has felt that amazement and has distilled it for you into a piano edition that is perfect for amateur pianists – and for anyone who loves Bach and wants to learn more.

“Anybody who plays [Bach becomes] a channel for his amazing spirit,” says Bindman. “You really feel like you’re getting something more than just the enjoyment of music: it can be a very transformative, spiritual experience.”

Bindman has arranged several of Bach’s works, including the Brandenburg Concertos (for piano duet) and selections from cantatas and orchestral suites, as well as favorites from the music of Mussorgsky and Tchaikovsky. As a teacher, she is a committed advocate for amateur music-making, and says of amateur musicians, “You’re doing something you love – it’s not your job, you don’t have to do it – so you need to have repertoire that you love to play, and that isn’t going to take you weeks and months to learn.”

AMN concurs! And we are looking forward to exploring the starry skies of Bach with her on September 25.

Get a preview of our workshop as Eleonor talks with AMN Founder Lolly Lewis about her Bach arrangements and what she hopes people will take away from the experience.

Listen to Eleonor play her arrangement of the Prelude to Suite no. 1.

Wait, isn’t the harp a classical instrument? How does that fit into the history and practice of jazz?

Harpist Destiny Muhammad looks forward to telling you all about it in her workshop on Saturday, September 18. Destiny has been inspired by her musical “mothers” Alice Coltrane and Dorothy Ashby to forge her unique identity as a jazz musician and creative artist.

Destiny will share her passion for the fundamentals of jazz embodied in the “standards” repertoire that was her musical springboard, launching her creative journey from performing with her jazz trio to curating programs for the San Francisco Symphony. She recently received a prestigious digital residency grant from Chamber Music America, and the journey continues!

Get a preview of our workshop as Destiny talks with AMN Founder Lolly Lewis about her influences and what she hopes people will take away from the experience.

We know you have all heard the terribly sad news about Oakland Symphony music director Michael Morgan, who died on August 20 from complications of a kidney transplant. Our music community has lost a great musician and tireless advocate. AMN founder Lolly Lewis counts herself very fortunate to have had the chance to work with Michael over the years in various capacities and had come to know – and be profoundly influenced by – how deeply committed he was to making music that not only upheld the highest artistic standards, but that included and energized the local community through his programming. Oakland Symphony’s concerts at the Paramount brought out people from all walks of life. It was thrilling to see how powerfully Michael and the Symphony built those deep connections, resulting in a sense of excitement and shared musical joy through symphonic music. 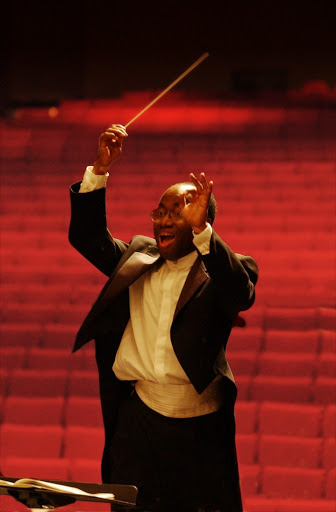 Michael Morgan was an inspiration and we will all miss the powerful impact of his presence in our music world.

This wonderful profile of a young Michael Morgan was broadcast on ABC’s 20/20 in 1986.

Amos is a San Francisco musician to the bone! Born and raised in San Francisco, he and his violinist brother Perrin were child stars in the San Francisco Conservatory of Music’s prep department. Amos has a long affiliation with the San Francisco Symphony, too: He was in the SFS Youth Orchestra when it was first formed, has been a regular member of the Symphony since 2006, and currently holds the position of assistant principal cello. He’s a dedicated chamber musician as well as a passionate educator, and he balances all these musical paths with an avid enthusiasm for sports and the outdoors. 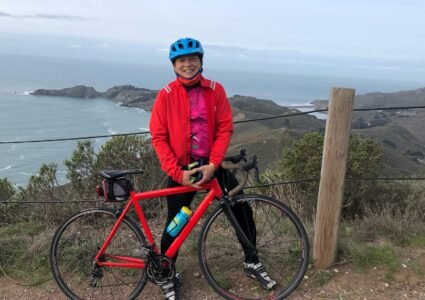 In our two-session workshop on July 10 and 17, Amos will talk about how following an intense program of physical training has made him a better musician.

Get to know Amos in these videos and join us this month to tune up your own musical athleticism!

Amos and Lolly preview the workshop.

Amos talks about growing up in San Francisco, his Chinese heritage, and how music can bring us together and help heal what divides us. Then he and Symphony colleague Charles Chandler perform an excerpt from Bariolage, a work commissioned for them by composer Shinji Eshima.

Join us online on July 10 and 17 at 2pm for two hour-long sessions with Amos. We’ll focus on body awareness, musical confidence, and how to channel stress into more effective and satisfying playing.

“Multifaceted” is an understated—and inadequate—word to describe our June 19 online workshop mentor, Candace Johnson. An acclaimed lyric coloratura who has sung the lead roles in “Le Nozze di Figaro,” “Suor Angelica,” and other works, she also teaches applied voice and musicology at UC Berkeley; wrote and performed a one-woman show, “VOX in a BOX,” that fuses her classical training with her Black musical heritage; and created “CJ’s FitnesSing!”, which combines vocal exercises with physical training. In our workshop, Candace will share her deep knowledge of Negro spirituals and invite us to sing them together. The timing is auspicious: June is African American Music Appreciation Month, and June 19 is Juneteenth—the holiday that celebrates the June 19, 1865, announcement in Galveston, Texas, of the end of slavery, two and a half years after the Emancipation Proclamation. We reached Candace at her Bay Area home to learn more about her many musical interests and projects.

When did you become interested in music? Did your family encourage you?

I grew up in Jackson, Tennessee, the youngest of six children. Everyone in my family sang well—my mother had a sweet, bright voice, and my father had a nice baritone. I began taking piano lessons in third grade, which was late compared to my peers. My friends had this regimen, and I wanted to be part of it! I started playing classically, but my mother felt it was important to also have the experience of learning to play by ear, which is part of the Black musical tradition. My first teacher taught me some common church improvisations—how to look at a piece of music and play block chords with a ragtime bass. That skill has greatly served me as a singer and a teacher. If you understand a piece’s harmonic underpinnings, it enhances your understanding of how the vocal line is married to that harmonic flow.

My second piano teacher had both classical and Black church experience. He taught me to take a Rachmaninoff arpeggio and stick it in a piece of church music. It was phenomenal training, and I stress it to my students now. They need to know that all forms of music are valid—that the things they’ve been hearing all their lives, whether it’s country or gospel or classical Indian music, are just as valid as what the academy calls “legitimate.”

When did singing enter the picture?

I began singing in our church choir when I was about 7, and very quickly started doing solos. I traveled around the state, singing in churches and participating in telethons and singing competitions, including ACT-SO [Afro-Academic, Cultural, Technological, and Scientific Olympics], a national competition sponsored by the NAACP. Through that experience, I had the opportunity to work with Dr. William Garcia, a former voice teacher at Lane College, a historically Black college in my hometown. He exposed me to bel canto and the Western European tradition, and he’s the reason I was able to be admitted to an excellent collegiate music program. My parents came from blue-collar backgrounds and hadn’t gone to college, nor had many others in my extended family. I had my sights set on Vanderbilt University, but a guidance counselor—an African American woman!—told me I wouldn’t get in. Dr. Garcia prepared me for the audition, and I got in.

What led you to start FitnesSing! in 2020, at the beginning of the pandemic?

I’d had the idea for several years: Why not combine my two passions, fitness and singing? I’d taken dance lessons in junior high and high school, and after I graduated from college I became Miss Black Tennessee and did a lot of weight training and conditioning. It fueled something in me, but then I got married, had two children, and gained weight. It was when we moved to New York for a sabbatical and I started taking a class at 24 Hour Fitness in Midtown that I reconnected with movement. When we returned to California I immediately found a gym. It all started to come back!

FitnesSing! became a reality through Stephanie Weisman, the artistic director at The Marsh, which has performance spaces in San Francisco and Berkeley. We’d met in 2019, when I did “VOX in a BOX,” my one-woman show at The Marsh. When the pandemic began, I told her I was frustrated—I had all these ideas but nowhere to put them. Stephanie had just started Marsh Stream, an online platform, and she invited me to bring FitnesSing! there. It’s been wonderful—I have people who’ve been with me since we started. They come for the singing, for tidbits about building a healthy voice, for movement, and for community.

Could you give us a little background about spirituals, to prepare us for the workshop?

From the standpoint of musical structure, the spiritual is a folk music. The melodies are very singable, and the form is strophic: an A part and a B part, very hymnlike in structure. But just because it’s accessible doesn’t mean the spiritual isn’t complex.

The spiritual was born out of enslaved Africans’ experience: acquiring some English language, living under treacherous conditions, using vocal calling as a way of expressing emotions. This is therapy. But spirituals also have a functional value: Look at the coded language in “Wade in the Water” and “Follow the Drinking Gourd.” The only way we’re going to get to the Underground Railroad is to go in the river so the bloodhounds won’t catch us. To follow the Big Dipper in the sky.

There are healing properties in the melody and in the communal singing—especially for me, as an African American singer and a person who specializes in spirituals, but also for all of us.

This Amateur Music Network workshop is the genesis of something I’d like to roll out this summer and fall. I call it the American Restoration Mass Choir, and it would include singers of all races and backgrounds. My vision is to have local chapters throughout the country. The repertoire would center Negro spirituals, and rehearsals would encourage safe cross-cultural dialogue. Once a year we get together for a concert, and we center the spirituals. We’d be doing racial reparations through music.

Learn more about "At Home with Candace Johnson" on June 19