EVENT IS CANCELLED DUE TO COVID-19

We're sorry that the COVID-19 social distancing order means that we cannot plan to have the Orchestra Fantasy Camp in 2020. We hope you will join us in future years. Stay tuned for updates on future events.

The resources below, including mentors and camp schedule, are no longer active but will give you an idea of how the Camp is structured. This information will be updated as we plan for the future. 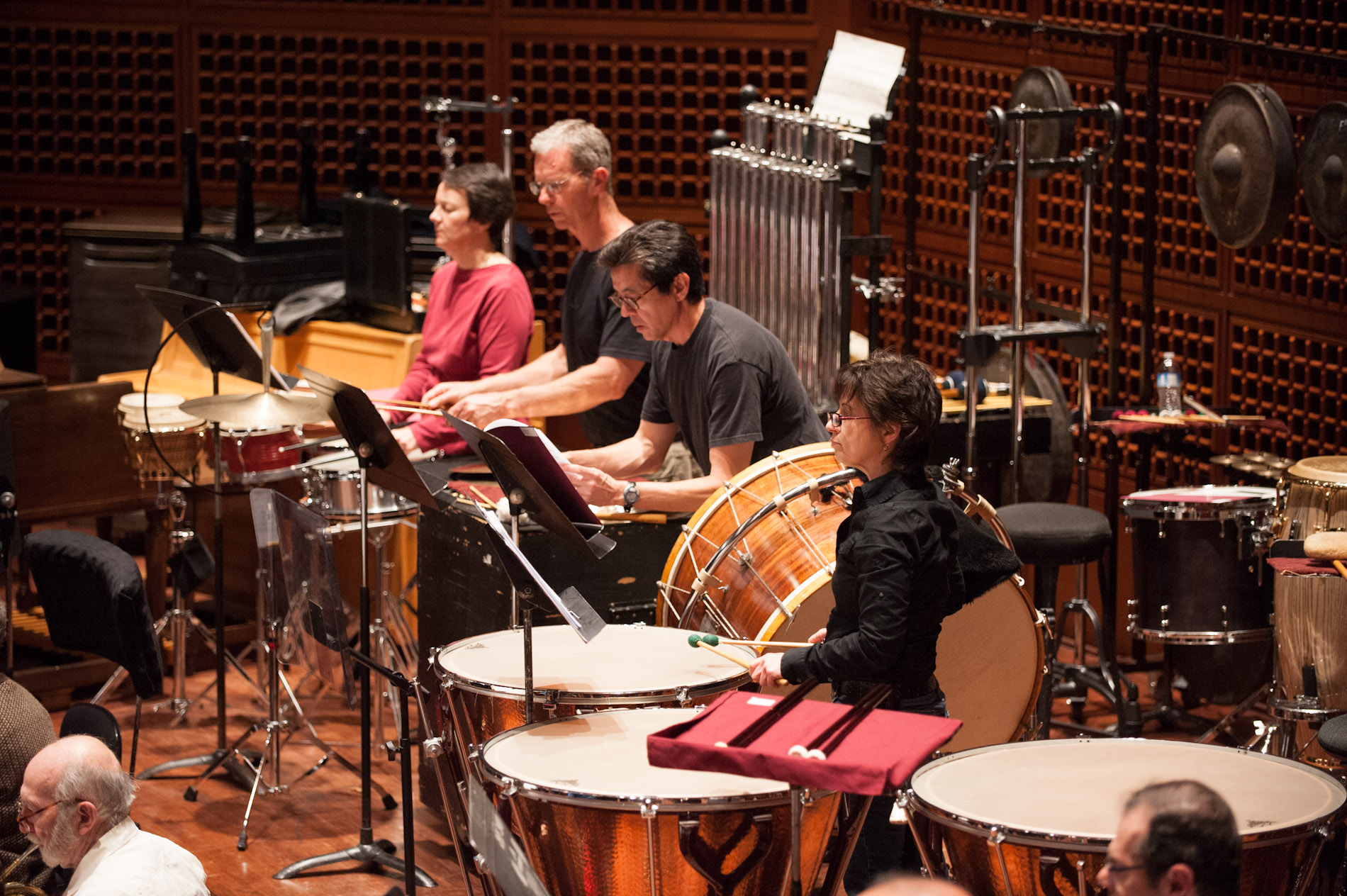 All the information and preparation materials you will need will be published on this page. For more information about the Orchestra Fantasy Camp program, please see our FAQ.

What to bring: Your instrument and your music!

Attire: Dress code is casual/comfortable for rehearsals and "business casual" for performance. Please refrain from wearing scented products such as perfume or hair spray.

Parking: Parking is difficult in the busy mid-Market/Hayes Valley neighborhood. We highly recommend public transit: there is a Muni Metro stop at Market and Van Ness just a block away, and BART Civic Center Station is within walking distance. If you must drive, please allow plenty of time to find parking.

I’m delighted to welcome you to Orchestra Fantasy Camp! Together with my colleagues from the San Francisco Symphony and the SF Conservatory, we will dive into the remarkable sonic world Rimsky-Korsakov’s Scheherazade  and create an unforgettable concert and experience with all of you. I can’t wait to hear this orchestra made up of people who truly love music. See you in June!

Listen to the repertoire: Rimsky-Korsakov Scheherazade

I
The Sea and Sinbad's Ship

III
The Prince and The Princess

Print your music and and bring it with you to the workshop and performance.

Each download may contain multiple parts, and some contain transpositions. Please play your assigned part in the transposition that is best for you. 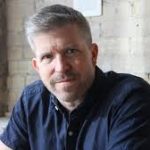 Edwin Outwater is a visionary conductor who is reinventing the concert experience with major orchestras and institutions throughout the world. Equally adept at interpreting canonical masterworks, premiering new commissions, and connecting audiences with repertoire beyond the mainstream, he is, in the words of Michael Tilson Thomas, “one of the most innovative conductors on the scene today.”

Outwater’s recent projects include “Sound Health,” a collaboration with soprano Renée Fleming, The Kennedy Center, and the National Institutes of Health, as well as a jazz version of Mussorgsky’s Pictures at an Exhibition, with Wynton Marsalis, the Jazz at Lincoln Center Orchestra, and the Chicago Symphony. He also appeared with the Orchestra of St. Luke’s at Carnegie Hall in a concert for families featuring a world premiere of composer Caroline Shaw, narrated by actor John Lithgow.

A long association with the San Francisco Symphony continues this season with S&M2, a collaboration with Metallica and the opening performance at San Francisco’s new Chase Center arena. A frequent conductor and curator of their SoundBox series, he returns for a performance with composer Missy Mazzoli. He also conducts and hosts “Holiday Gaiety,” an LGBTQ holiday concert he created with drag performer Peaches Christ, now in its third year. Outwater has previously served San Francisco Symphony Director of Summer Concerts (2014-2017), Resident Conductor (2001-2006), and Wattis Foundation Music Director of the San Francisco Symphony Youth Orchestra (2001-2005). Highlights include collaborations with artists such as Michael Tilson Thomas, Kurt Masur, and Yo-Yo Ma in subscription appearances. Outwater premiered and recorded The Composer is Dead by Nathaniel Stookey and Lemony Snicket, which was subsequently released by HarperCollins and has become one of the most-performed works written in the 21st century, and in 2008, his SFS recording of music by Jerod Impichchaachaaha’ Tate was released to wide acclaim. Most recently, he was featured in a recording of Henry Brant’s Ice Field along with Michael Tilson Thomas and organist Cameron Carpenter. In 2004 he lead the San Francisco Symphony Youth Orchestra on a European tour, where the orchestra made debuts at Vienna’s Musikverein and Paris’s Théâtre des Champs-Élysées, and returned to Amsterdam’s Concertgebouw. 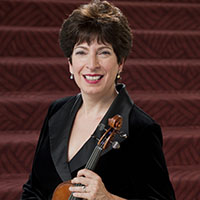 Diane Nicholeris has been a member of the SFS since 1984. She studied violin with Joseph Silverstein and Sylvia Rosenberg and graduated from the Eastman School of Music. Ms. Nicholeris has appeared as soloist with the Rochester Philharmonic, Boston Pops, Boston Symphony Esplanade Orchestra, and the Monterey Symphony Orchestra, where she was also concertmaster. She has served as an SFS Youth Orchestra coach for many years, and she has also coached at the San Francisco Conservatory of Music, UC Berkeley, the New World Symphony, and the Greater Boston Youth Symphony. She was previously on the faculty of San Jose State University.

For more about Diane, check out this "Meet the SFS Musicians" video produced by the San Francisco Symphony. 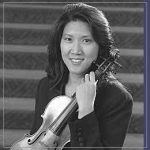 Kelly Leon-Pearce, a member of the SFS since 1990, holds degrees from the Juilliard School of Music, where her teachers included Dorothy DeLay and Felix Galimir. She has served as a regular substitute of the New York Philharmonic and as associate and assistant concertmaster of the Aspen Festival Orchestra. As a founding member of the Persichetti Quartet, she played the cycle of Persichetti quartets at Kennedy Center and a Bartók cycle at MoMA in New York.

For more on Kelly Leon-Pearce, check out this "Meet the SFS Musicians" video produced by the San Francisco Symphony. 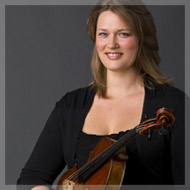 Katie Kadarauch joined the SFS in 2007 as Assistant Principal Viola. A native of the Bay Area, she was principal viola of the SFS Youth Orchestra and earned a bachelor’s degree and graduate diploma from the New England Conservatory. She also studied at the Colburn Conservatory of Music, during which time she performed with the Los Angeles Philharmonic and recorded film scores for movies such as Get Smart, Spider-Man, and Avatar. Ms. Kadarauch was the violist of the former Janaki String Trio, which toured the US and abroad and recorded with the Naxos and Yarlung labels. She plays on a Peter Rombouts viola ca.1720, on loan from the San Francisco Symphony.

For more on Katie Kadaurach, check out this "Meet the SFS Musicians" profile produced by the San Francisco Symphony. 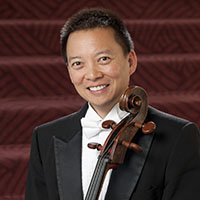 For more on Amos Yang, check out this "Meet the SFS Musicians" video produced by the San Francisco Symphony. 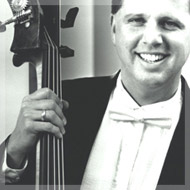 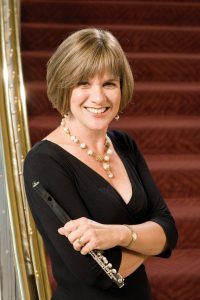 Catherine Payne joined the San Francisco Symphony as piccolo player in 1996. Previously, she performed and recorded with the Boston Symphony as acting second flute for two seasons, and she served as principal flute of the Pro Arte Chamber Orchestra of Boston and associate principal flute and piccolo player with the Portland Symphony. She has also performed in Chicago and Europe with the Chicago Symphony Orchestra and she has appeared as soloist with the SFS, Portland Symphony, and the Pro Arte Chamber Orchestra. A native of Hartford, CT, Ms. Payne graduated from both the New England Conservatory and Tufts. She is currently a flute coach for the SFS Youth Orchestra.

For more on Catherine Payne, check out this "Meet the SFS Musicians" video produced by the San Francisco Sympnony. 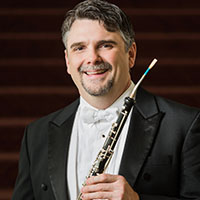 Russ deLuna joined the SFS as English horn player in 2007 and occupies the Joseph & Pauline Scafidi Chair. He was previously principal oboe of the Atlanta Opera Orchestra and the Columbus (Georgia) Symphony; he played English horn in the Atlanta Ballet and the Alabama Symphony. A graduate of Boston University, he has performed on the Noe Valley Chamber Music Series as well as with the Gold Coast Chamber Players. He is currently a coach for the SFS Youth Orchestra. 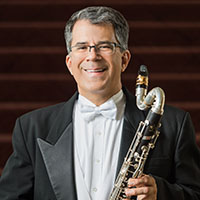 Jerome Simas joined the San Francisco Symphony as bass clarinet in 2012. He has performed with the Cleveland Orchestra and San Francisco Opera, among others, and was principal clarinet with the California Symphony, Oakland Symphony, and IRIS Orchestra. He is an active chamber musician and is solo clarinetist with the Left Coast Chamber Ensemble in San Francisco. He won Grand Prize at the Fischoff National Chamber Music Competition, First Prize at the International Clarinet Association’s Young Artist Competition, and was a participant at the Marlboro Music Festival in Vermont. A dedicated educator, Jerry is a member of the SFCM collegiate faculty and has taught master classes in the US, Canada, and China. He is currently a coach with the San Francisco Symphony Youth Orchestra, a mentor and coach with various Bay Area community ensembles, and serves on the board of the Amateur Music Network.

For more about Jerry, check out this "Meet the SFS Musicians" video produced by the San Francisco Symphony. 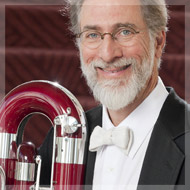 Steven Braunstein, a New York City native, studied bassoon with Elias Carmen and William Polisi at Queens College, and contrabassoon with Paul Camerata and Burt Bial. He earned his bachelor’s degree at the California Institute of the Arts and his master’s degree at the State University of New York at Stony Brook. He was a member of the Toronto Symphony for ten years and in 1990 joined the San Francisco Symphony as contrabassoon. He is on the faculty of the San Francisco Conservatory of Music and has also taught at San Francisco State University and the University of Toronto. 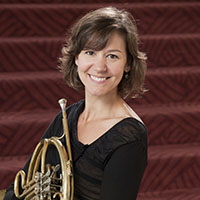 Jessica Valeri joined the SFS in 2008. She holds degrees from the University of Wisconsin-Madison and Northwestern University. Ms. Valeri has been a member of the Saint Louis Symphony, Colorado Symphony, Grant Park Orchestra, and the Milwaukee Ballet. She also performed with the Lyric Opera of Chicago, Milwaukee Symphony, Chicago Jazz Ensemble, and International Contemporary Ensemble, among others. She is currently a coach for the SFS Youth Orchestra. 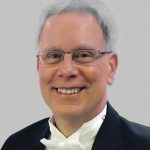 David Burkhart, a student of Adolph Herseth, Arnold Jacobs, Robert Nagel, William Vacchiano, and Charles Geyer, has served as principal trumpet of the Sacramento, Oakland, San Jose, and Jerusalem Symphonies—as well as Santa Fe Opera—and as acting principal of San Francisco Opera and San Diego Symphony. A founding member of the Bay Brass and Jerusalem Brass Quintet, Burkhart performs with the San Francisco Opera, Ballet, and Symphony. He has recorded over a dozen CDs with San Francisco Symphony plus its Keeping Score: Mahler DVD. Prior to joining the faculty of the San Francisco Conservatory, Burkhart taught at Stanford, San Jose State, and the Rubin Academy, Jerusalem. His students have played in prestigious orchestras all over the world.

Nick Platoff joined the San Francisco Symphony as Associate Principal Trombone in the 2016–17 season. He was a winner of the Aspen Music Festival and School Brass and Percussion Concerto Competition, National Brass Symposium Trombone Excerpt Competition, and United States Coast Guard Band Young Artist Competition. He also enjoys a multi-faceted career as a chamber musician, vocalist, improviser, conductor, composer/arranger, concert producer, and recording artist. He performs and creates in non-classical genres ranging from funk and hip-hop to jazz and music for multi-tracked trombone. Mr. Platoff is a coach for the SFS Youth Orchestra and serves on the faculty of the SF Conservatory Pre-College Division.

For more about Nick, check out this "Meet the SFS Musicians" video produced by the San Francisco Symphony.

Stan Muncy is a regular extra with the San Francisco Symphony, a member of the Santa Rosa Symphony, performs with many of the other regional orchestras, and was acting percussionist/assistant timpanist with the Honolulu Symphony. He has recorded with the San Francisco Symphony for Lou Harrison's Concerto for Organ with Percussion Orchestra, Edgard Varese's Ameriques, Hector Berlioz's Roméo et Juliette, Charles Ives' Symphony No. 4, and Aaron Copland's Symphony No. 3. He also enjoys a prolific new music career having toured with four-time Grammy-winning new music sextet eighth blackbird. Stan is currently on faculty at CSU, Stanislaus and the San Francisco Conservatory of Music.

For more information about the Orchestra Fantasy Camp program, please see our FAQ.

If you still have questions, please email us at info@amateurmusic.org and we will get back to you as soon as possible.